Goodbye, Cargo, I pray you did not die in vain

You may think it strange that a Poodle breeder would turn her attention to a Pit Bull. But this is not about a breed. It is about animal abuse.

Cargo was a 5-year old female pit bull turned over to an animal shelter in Los Angeles. The City of Angels. Imagine that. She was adopted and that was all anyone knew until she turned up in an alley two weeks later, unable to move, lying on the streets, dying slowly. What was done to this dog defies belief. She was raped. Yes, raped. She was beaten or hit or kicked so hard that her aorta ruptured. Then she was dumped in an alley and left to die. I have seen the video and I can't stop crying. The woman who answered a neighbor's call for help bent over Cargo to touch her gently and reassure her. Cargo could not move, but her eyes flinched as if expecting another round of cruelty. She died in the shelter, surrounded by people trying to help her and crying in anguish.

And maybe that is where this story will end.

But I hope that it doesn't. The men who did this to Cargo need to be found and brought to justice. Our laws do not permit them to suffer a just fate, but they need to be found anyway. Not only are they depraved and indifferent to suffering, but torturing animals gets old fast and humans are next on the list. The link between animal cruelty and child cruelty and animal cruelty and serial killing has been established. It is all about power over a living being that cannot defend itself, and inflicting maximum suffering for the joy of it. As we see, death was not the end goal, it was the suffering that was the end in itself. We will not even explore the disgusting bestiality issue.

The person who adopted Cargo and then permitted her to be tortured in this unimaginable way needs to be punished. He or she will never be permitted to adopt from this particular shelter again, but so what? There are hundreds of other shelters who don't know about him/her.

And anyone who owns a dog needs to take responsibility for that living creature more seriously. I will always take my puppies back for any reason or no reason. Every good breeder will say the same.

Goodbye, Cargo. You are romping with the real angels now, and we are left here with tears and regrets. 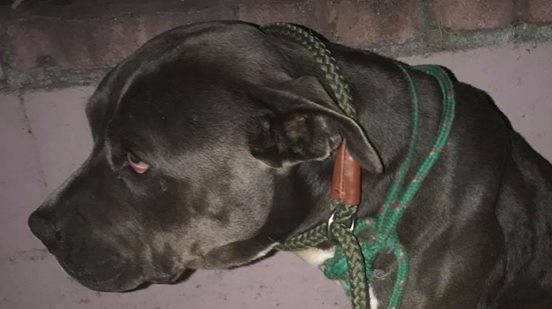 PAYING WITH paypal, A NEW SERVICE.

It is now possible for you to use your credit card or debit card, or to use Paypal's premier "BILL ME LATER service to pay for your puppy. I urge you to contact me first so I can send you a receipt for your payment, and to make sure the puppy you want is still available. I also want to get acquainted with you. If you have any questions, please contact me!

Rules and Overregulation by the Government

It is difficult to navigate the Small Business map. Many well-meaning rules and regulations, intended to protect the public, result in just the opposite. Micro-businesses struggle for survival and no one seems to notice or care when they collapse under the weight of these legislations. Fortunately, the AKC is vigilant in detecting these frivilous and harmful laws. The AKC monitors all animal-oriented activity throughout the United States. We at Eine Kleine Kennel prefer to live quietly and care for our dogs. From time to time, however, we ask all our clients to consider taking action with us. If you will take a minute to sign this online petition, you will be helping us inb a significant way. Please give it your careful consideration. The link is below.

WINTER IS KNOCKING AT OUR DOOR!!!

How quickly the year flies! Next week is Thanksgiving, and it seems like just yesterday we were basking in the summer  sun, then the autumn winds began to blow.  Now we are awaiting the snow, We have already had a few snow showers, and there was snow outside on the lawn when we got up this morning, only a harbinger of what is to come! We wish you all very happy holidays with your families and your beloved canine companions.

:(Well, it's certainly hard to believe, but summer is winding down. The County Fair starts tomorrow, Monday, August 16, 2010, and we all know winter is right around the corner. We are entering the rainy season now. It can stretch through September, and then October enters gloriously. How we love the autumn, with its crisp nights and warm days! We have the holidays to look forward to, and we know Santa will bring us the goodies we deserve.:D We love chasing leaves and rustling through them as soon as Mom rakes them into piles for us.This summer was one to remember for years to come. The days were long and warm, with lots of sunshine and fresh mountain air. We played in the pools every day. Now it's time to start looking for our sweaters. This year Mom went to a dog show for the first time. What fun!

Wow, the last time I remembered a summer this hot was 1998, the year I moved up here to the Catskills. I am proud to announce that I was voted into the local kennel club, DONKC, and I hope to begin showing my dogs within a year or two. I have a lovely little chocolate toy female poodle that I call Cherub. Cherub is a show prospect, and I hope she holds it together. We'll know in a few months, when her secondary teeth come in and her personality rounds out, whether she is show material or not. Check her out on the OUR PUPPIES link!

Wow, what a beautiful summer we're having this year 2010! The skies are blue, it rains late in the day or overnight, and the breeze keeps the heat from getting too bad. We planned several litters this year, and we are eagerly welcoming beautiful puppies. Bebe gave us 4 lively little toy poodles, 3 black males and 1 chocolate female on April 30th.  Candy delivered 4 toy poodle pups on June 16th, all jet black, 3 females and 1 male. Ruby our red Cocker Spaniel had an astonishing litter of 9 puppies on June 19th. The colors are marvellous, black/tan, chocolate/tan, buff, red/white, males and females. Check their pictures out under the "our puppies" link.

Little Arthur taking a rest in the cool grass.

Winter in the Catskills

Brrr! Here we are settling down for the evening on a cold wintry evening. It's December 31st, 2009, And we wish everyone a very happy and prosperous New Year!  It has been snowing on and off all day, and the dogs had a blast frolicking in the back yard all day. They are all settled down in their heated kennel now for their winter's nap. They've had their Diamond Maintenance and stewed chicken dinner, their water dishes are full, and their favorite Country and Western music is playing on their radio. Now that's the life!